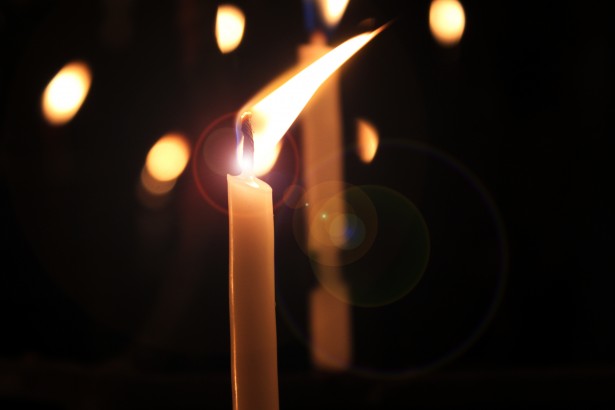 A friend of mine had been going through a long period of exceedingly bad health. Her condition was diagnosed as diverticulitis but her symptoms were much, much more severe than anything most people with that disease seemed to suffer, and medical treatments didn't seem to be helping. She was winding up in the emergency room about once a month, the medical treatments were always ineffective, and she was so ill that she couldn't even work anymore, much less continue with what had previously been a very active social life.

After suffering this for over a year, she asked me for a spell to help, and I decided to start with uncrossing rituals -- just in case it was an "unnatural illness" caused by a curse, rather than a normal disease. (It's of note that I tend to think of magical health spells as kind of waste -- you're usually better off putting the energy into normal medical treatments, which evolved from practices that at one time would have been considered magic. In this case, though, where medicine had been tried and always proved ineffective, there was reason to think the illness might have supernatural origin and thus would need to be treated in a different way.)

Sure enough, a month after doing this ritual my friend seemed to be feeling much better, and after two or three months she was able to work, eat, and do all the things she'd been unable to before. She seems to be cured and is once again able to enjoy life.

This was the ritual prescribed:

Dress the three candles with the oils and herb. Burn one candle daily atop your namepaper or the namepaper of the person you're helping. If possible, the candle should be lit right at the stroke of midnight.

To be taken by the victim of the curse. Combine ingredients into bath water, soak for 30 minutes in the water and be sure to pour the water over your head. Repeat this bath 3 times, or more if needed.


*To butt a candle, flip the candle around to the flat, bottom side of the candle and shave away the wax to expose the wick. Light the candle from this reworked side, so that you are effectively burning it upside down. This is a typical hoodoo technique for spells where you need to 'turn around' a situation.