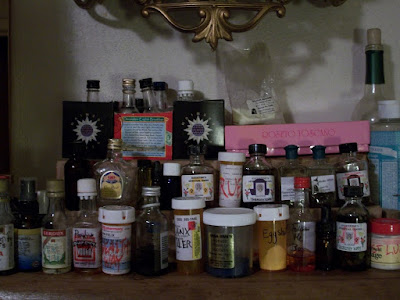 Once was a time when I was known for my Hoodoo Review blog, where I reviewed products from various occult shops and botanicas. Eventually I got rid of the blog because I was experiencing too much trouble with inconsistency in products -- that is to say, an item I had loved the first time I bought might not be made the same way when I ordered from the same manufacturer a year later. Sometimes this was due to certain occult shops or practitioners not following a set "recipe" and instead making the formulas however they felt like making them on that occasion. Other times the problem would be a decline in quality (especially from larger makers) as the search for cheapness and easiness overrode the tradition or effectiveness of older more expensive formulas. One example was the Ar-Jax brand of incense, which originally had some herbal matter in the mixture, but over time came to be made with the same plain, colored incense mixture that everything sold by Wisdom Products uses.

In the last ten years or so there's been a big rise in the number of small manufacturers and practitioners selling through places like Etsy and even as Amazon sellers. This can be good, as usually a small-time maker isn't just trying to crank out easy formulas using mass production, and so there is likely to be more care put into their making. The downside is not everyone's recipes are equal, and as stated before, sometimes even the same maker will be inconsistent in the way they make a certain formula.

I do think inexpensive formulas made with artificial fragrances can be just as good as "all natural" types, but over the last decade I've seen a real increase in the cheapness of some botanicas' products. Even back in the "Hoodoo Drug Store" days, pharmacists often cut corners or sold "fake" products as hoodoo mixtures (such as the relabeled popular perfumes from De Laurence), but these days it seems these big sellers don't even think you'll notice the difference when every product they sell is just the exact same thing relabeled.

More and more I don't like to buy from other sellers due to poor quality or inconsistent products. It's increasingly common that I instead use the recipes from my Conjure Cookbook to prepare my own mixtures. Since I make a lot of different formulas, this isn't too impractical for me -- but an individual might need to buy $40 of herbs and oils to make just one formula.

I don't like to make recommendations since you never know when a seller might demonstrate a sudden decline in quality. My best suggestion is to buy from individuals (not companies or brand names) who either offer their own shop or use online markets like Etsy, Ebay, etc to sell their handmade goods.

The Princess and the Frog is one of those films along with Corpse Bride and Doom Generation that everyone seems to think I ought to like and yet I really despise. The very nonsensical depiction of Voodoo was the least of its problems.

Nevertheless, I love 2-D animation and recently stumbled on the blog of animator Andreas Deja, who worked on that film among many others.

On his blog he reveals that the character of Mama Odie is secretly a 2-D animator as well. Let's hope she's better at it than she is at problem solving (seriously, why didn't she just tell them to get married -- by her --to break the curse, they could always get divorced later?) 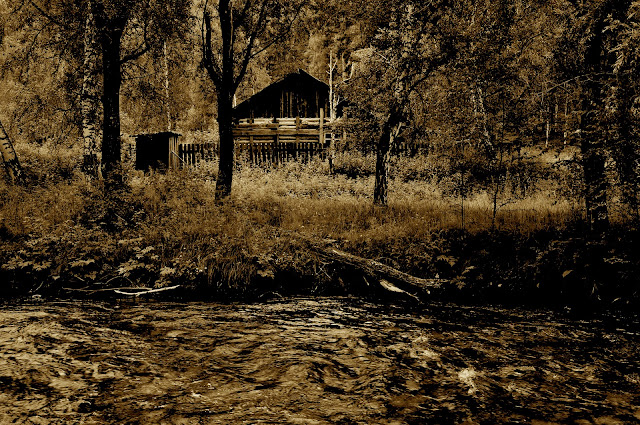 Short version of the legend: she's a ghost or a zombie or something in that unnatural vein, a weeping woman. Her reason for weeping is that she murdered her children -- traditionally said by drowning them in a river, and so she is frequently sighted around rivers.

October 31st, 2021, I saw her! In broad daylight. Maybe it was just a crying lady by the river, but strictly that's all her name means. Here it goes:

I was out for a walk downtown in Santa Fe, going along the river. It was around one in the afternoon. In the area up near Canyon Road I was walking on a dirt trail directly beside the river, down in the ditch. (The Santa Fe River never has much water in it, it's more like a ditch with a little trickle going through.) As I am walking, I start to hear the sound of a woman sobbing and wailing very very loudly.

I think this can be one of two things:

Either way I decided to move up to the sidewalk, but I kept my eyes on the ditch/river area. I'm walking along and can hear the crying getting louder and louder, so I'm getting closer to it.

And eventually, I did see across the river, curled up in some bushes, a weeping woman.

And like most genuine sightings of La Llorona, that's about all there is to it.

Rumors and Myths about the Intranquility or Intranquil Spirit Love Spell 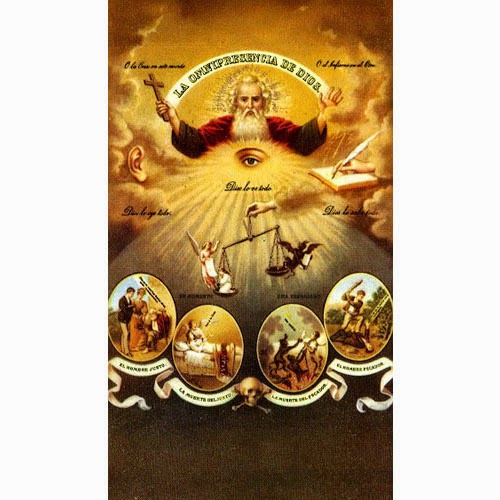