The Importance of Visualization in Magic 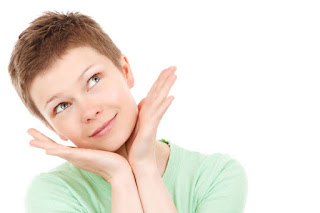 Many hoodoo practitioners will tell you that visualization is essential to creating an effective magical spell cast. Products will instruct on the label to "concentrate on your desires." Whole books about visualization magic have been written.

But, what does visualization have to do with hoodoo?

My research into pre-20th century hoodoo finds no references to 'visualization' of one's desires in any of the texts known to have been used by practitioners. I cannot recall any Hyatt informants talking about it. An old conjure doctor interviewed by Mary A. Owen, when describing events from before the Civil War, mentions "willing" an action in another but never "visualizing."

My current feeling is that visualization has nothing to do with hoodoo. Old African spells, the old European folk magic, never talk about visualizing bringing one's desires. They almost always work, instead, by trying to coax favors from some other entity -- a spirit, an angel, an orisha, an ancestor -- and as long as nothing you think or say displeases the entities, no other mention about your own thoughts is made in these old time records. Meanwhile, a lot of emphasis is put upon ingredients, colors, locations, times, and words. The other day I was on a forum and one practitioner insisted that visualization was very important to the point of being vital in making a mojo. Yet the old notes from the 19th century on gris gris and conjure bags never mention visualizing. Henry F. Pyles doesn't describe being told to "visualize" his goals on his mojo -- just to carry it and feed it. (Though admittedly, a pro-visualization argument could be made in that Pyles found his mojo unsuccessful.) 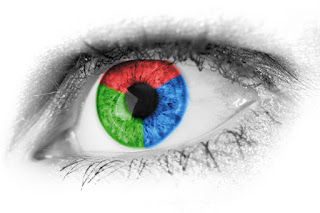 Still, if visualization were so important, then why isn't hoodoo just another version of the Law of Attraction, in which intentions are merely focused upon? Why are we so reliant on ingredients if visualizing is all that's required to bring your hopes to reality? Is this sort of talk what breeds unfortunate beliefs like that it should be acceptable to just visualize placing your work in the crossroads instead of really going out and placing it there?

The fact is, visualization is like karma and the rule of three. It's part of some other tradition altogether. This doesn't mean that you can't work it into your hoodoo folk magic if you want -- you can mix in almost any belief you want with modern hoodoo, that's its beauty, and that's what makes it folk magic; BUT -- that also doesn't mean it should be spoken of like everyone believes these variations or like it is required for all magical work. Historically, there's more evidence to suggest you have to dance to make your spell work than to visualize.

The main benefit of visualization is that it helps one to be clear about just what it is one is trying to achieve. Myself, I've had clients ask for spellcasts that when asked for a description of what they wanted to achieve, would just produce rambling narratives, completely unclear about their intention; or in which they described a series of unlikely events they wanted to create in order to reach a final goal. When casting one's own spell, simply visualizing the sought-for outcome would be a much preferable exercise.

Visualization has merits, but it is not traditional nor essential for hoodoo style magic.