The Worst Fanfiction Ever Written 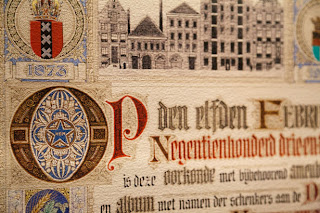 Type the phrase "worst fanfic ever" into Google, and what you get are web pages about a certain Harry Potter fic entitled My Immortal. The story is so bad that there is disagreement as to whether or not it was written as a joke or a trollfic -- on the one hand, the author (Tara Gilesbie) makes a few references within the text that suggest her to have a better education than her supposed writing style would generally mark. But others say they know the author from various online forums where she has posted items of similar tone and spelling, meaning at the least, if she's a troll she's a very devoted one.

The story has a tendency to be deleted from any site where it's made available, presumably due to the sharp drop it brings in user IQ. Here is one that survives as of this writing.

The story tells the tale of a goth vampire student coming to Hogwarts School of Witchcraft, where Harry and Draco have also inexplicably transformed into goth vampires, and both pursue romantic relationships with her. The love scenes are wonderfully described with such phrases as "He put his boy-thingie into my you-know-what and we did it for the first time."