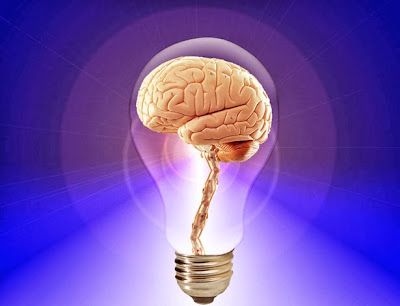 There is a common observation amongst magical practitioners: Fretting about a spell leads to less satisfactory results. Some people blame it on "negative energy" and insist the solution is to stay positive or to have faith in the spell. Others say that just putting the spell out of your mind altogether is the best protection against worrying a spell to death. Whichever the case, worry and fret is a great hindrance to successful magic.

While human emotions can't always be applied to spirits, I can say that when I get a customer who is very worried about their spell, if they keep it to themselves, I feel a lot more comfortable working on the case; comparatively, when I get a customer who is constantly emailing me for updates and asking lots of questions about when the spell will work -- or worse, is writing me with threats of suicide if the spell fails or lamenting that this is my last hope -- I don't enjoy working with them at all. If the spirits feel likewise, I can totally understand. Who wants to be around an unhappy person who is trying to make you feel as unhappy as themselves?

I've written in the past some tips on how to stay positive and feel better during a spellcast. Of course, it's not always possible to put a spell out of your mind altogether, especially when it comes to very emotion-based issues that will tend to peek back into your thoughts at random; but even then, to rest all your hopes on the spell and rely on it to produce your desired outcome is almost never appropriate. The reason you fret about a spell is because you've put an excessive importance on it.

One of the benefits of using a spellcaster to perform a spell for you is that a person who is not personally involved in the situation, and who therefore has a cooler head, can do the work for you without contamination by negative energy. However, if you're contacting your caster constantly trying to make them as panicked as you are, that benefit tends to go away. What might seem to a client like trying to emphasize the importance of the work in hopes that the caster will do an "extra good job" to make it succeed, to the caster might make the job repugnant and difficult to perform adequately due to the negative associations now made with the client. The fact is, the caster probably understands that the magical work is important to you. Explaining that is not necessary. Most casters find the work is important to them, as well, and enjoy putting their effort to help solve problems.

Al G. Manning says in his book The Magic of New Ishtar Power that there are more helpful spirits around us than harmful ones. Yet many hoodoo spell casters observe that harmful work is easier to do than helpful work. Perhaps it is the negative mindset of worry that puts off the helpfulness around us.


'YOU HAVE TO HAVE FAITH'

Back in '10 I had a rather unpleasant conversation with a friend who practiced true Voodoo (when you just do folk hoodoo, talking with the true Voodoos about magic is often not a fun experience, I find -- it's like being a health vegetarian and trying to find common ground with a moral fruitarian.) This story came of it:

I made a remark about how love spells usually don't work (it was actually meant in a general sense, not in terms of my own personal workings) and was then accused by her of not having enough faith and that my lack of faithfulness is what ruined my spells.

Now, firstly, I've heard this one before. I don't entirely understand the logic behind it, particularly as many of my most successful spells were done only halfway expecting them to work (obviously if you don't think it's going to work at all, you don't even waste your time to bother with casting it.) I also don't know if people who say this realize just how mean it comes off, given that just about any spell you cared about enough to complain after the fact if it didn't work was something you probably had very high hopes for: not only have you failed but you're told, it's YOUR FAULT it was so! For not having "enough" of a vague concept like faith.


Now, my Voodoo friend claims her love spells always work. She didn't give examples, and I am not too interested in talking to her on the subject again, but honestly I've found in my researches (many researches!) that about half or more of "successful" love spells weren't permanent successes anyway, and would be interested to see if that's so for her as well.