As I posted the other day, one who practices hoodoo should always deposit their magical charms in the designated locations.

The doing away with the charm in a certain designated location is actually a part of the spell. Most people who object to using the appointed places this way don't want to do it because it's inconvenient to go there or because they're afraid. In these cases it's just griping and no allowance is made: you still must do it.

However, a few folks honestly cannot do it. For example:

You can skip a crossroads if you REALLY are living in an isolated location that has no crossroads of any type anyplace nearby, and you're not able to drive to one for some reason. I have known a couple people in New Mexico who were living alone out in the desert for various reasons and relied on someone stopping by usually once a week to take them around. (One guy got in some trouble after a rattlesnake bit him, in this situation, and he had no phone or way out...)

You can skip a river if you really live near no body of water. This one is probably the most common trouble -- particularly in the southwest, it's typical that rivers run dry even if they are near you, making this a challenge at times. 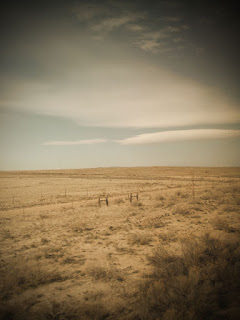 And clearly, you will have to skip placing an object at a person's house if they live very far away from you and you really have no way to get there.

Now, here are the "cheats" I'm familiar with, and would feel safe to use:

I also have kind of a feeling, when it comes to making exceptions on magical practices, that if you have to ask then the answer is no. If you need to go "I can't put my spell in [some location]. Is it okay if I [do some other thing]?" then I'll say the answer is no. If you have any doubt as to whether or not it's proper then the answer is no. Whereas, if you know and feel completely confident that some other action is just as good -- such that you don't need to be asking for 'permission' to tamper with tradition -- then and only then can you succeed.

Email ThisBlogThis!Share to TwitterShare to FacebookShare to Pinterest
Labels: hoodoo